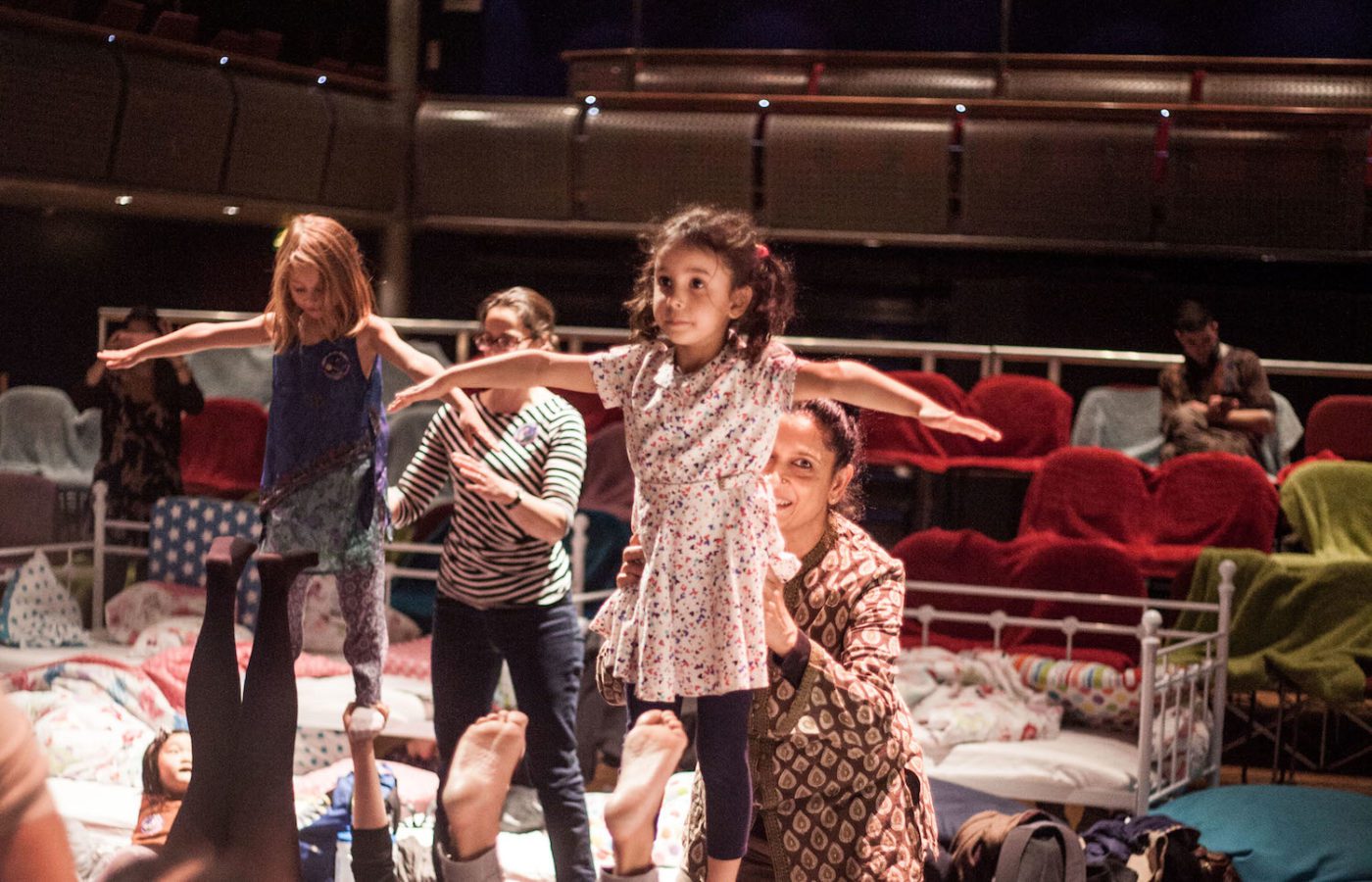 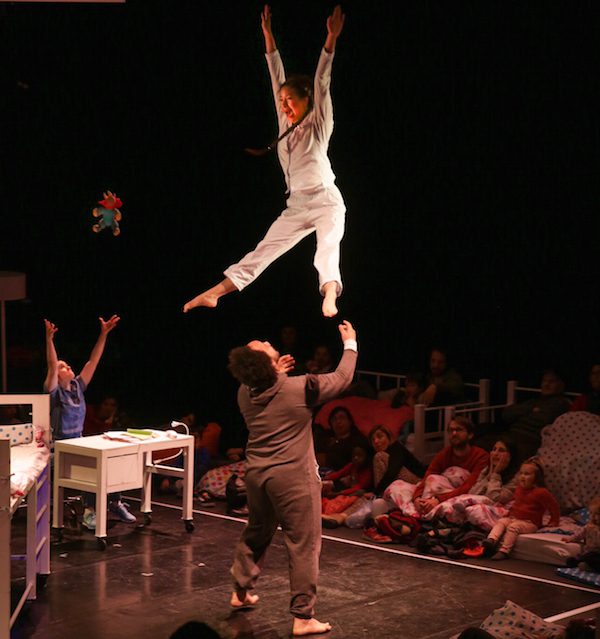 In 2016, Upswing embarked on an ambitious two-year project ‘Building Stories, Pushing Boundaries’ – to bring new family audiences to arts venues in the Midlands, London and the South East

The main aims of the project were to;
– reach and engage new, children and family audiences from areas of low arts attendance, in the Midlands, London and the South East.
– test out new strategies for creating circus for families and develop new work in partnership with future audiences
– build strong partnerships between audiences, venues, organisations, and artists in the Midlands, London & SE. 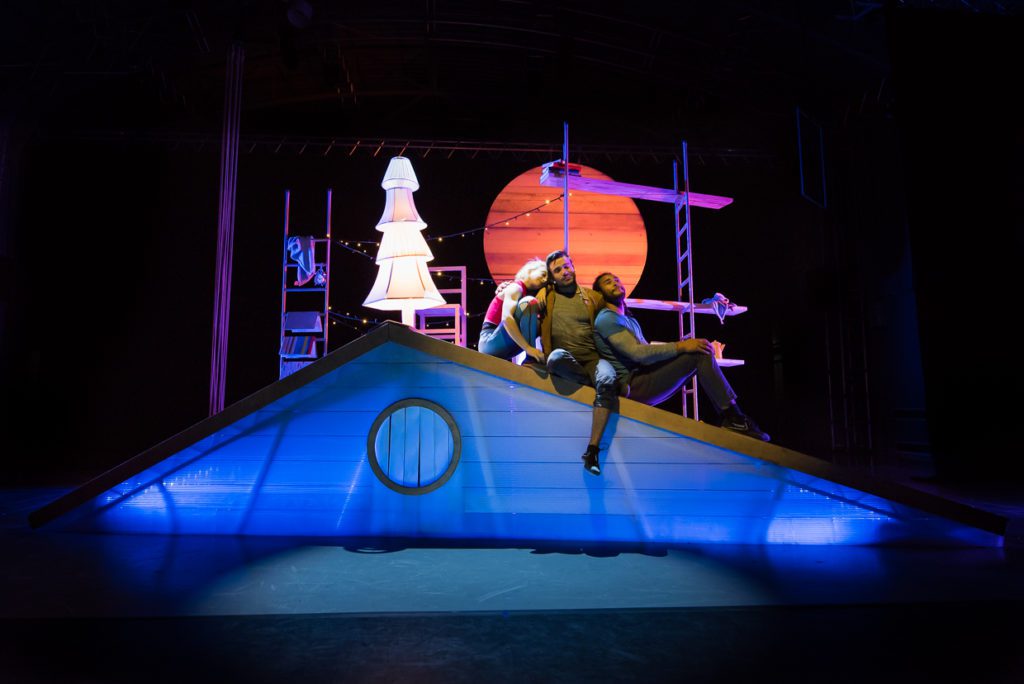 The project began with Bedtime Stories, which toured to Upswing’s partner venues across the country with a sister production, Once Upon a Pillow Fight, and an accompanying programme of workshops, which were shaped by venues to ensure their relevance to local audiences.

The inspiring communication, research and development which followed lead to the creation of a new show, The Ramshackle House, which toured for the second year of the project in 2017.

Independent evaluation of ‘Building Stories, Pushing Boundaries’ demonstrated the project positively engaged thousands of new audience members in areas of typically low attendance (Audience Agency datasets).
– 30% of audiences surveyed were new to the venues where we performed
– 30% of all attenders surveyed for both Bedtime Stories and The Ramshackle House, fell into the lower engaged groups;
– 56% of attenders were new to circus arts.
– 86% of attenders indicated that the experience exceeded their expectations.
– 80% said that they were completely captivated.
– 87% said that their children were attentive throughout the performance
– 80% that they connected with the show’s story and characters.
– 75% of attenders would recommend the performance to people they know